What’s a couple? Valentines Day is right around the corner! And “couples” is of course, a theme right now. So, here’s what my dictionary says….
noun
1.
two of the same sort considered together; pair.
2.
two persons considered as joined together, as a married or engaged pair, lovers, or dance partners:
They make a handsome couple.
3.
any two persons considered together.
4.
Mechanics. a pair of equal, parallel forces acting in opposite directions and tending to produce rotation.
5.
Also called couple-close. Carpentry. a pair of rafters connected by a tie beam or collar beam.
6.
a leash for holding two hounds together.
7.
Fox Hunting. two hounds:
25 hounds or 12½ couple.
verb (used with object), coupled, coupling.
8.
to fasten, link, or associate together in a pair or pairs.
9.
to join; connect.
10.
to unite in marriage or in sexual union.
11.
Electricity.
to join or associate by means of a coupler.
to bring (two electric circuits or circuit components) close enough to permit an exchange of electromagnetic energy.
verb (used without object), coupled, coupling.
12.
to join in a pair; unite.
13.
to copulate.
Idioms
14.
a couple of, more than two, but not many, of; a small number of; a few: It will take a couple of days for the package to get there.
A dinner party, whether for a couple of old friends or eight new acquaintances, takes nearly the same amount of effort.
Also, Informal, a couple.

And, of course I’ve done this for a reason! Because I want to have a “couples” special! You don’t have to be married, or even in a “couple”. In honor of EVERY KIND of couple,
EVERY SERVICE OFFERED BY REV IT UP! HYPNOSIS CENTER IS ON SPECIAL. PAY FOR ONE SERVICE AND GET A SECOND FOR 1/2 PRICE! (Screenings for clients are still required!)

And I mean EVERY SERVICE! Think of the profound consequences of TWO people getting: release from ANGER, Anxiety, Fear, Guilt, or Stress? What about TWO people loosing weight together? TWO people stopping smoking at the same time? A couple of friends, or a couple of people who work together, or a loving couple. TWICE the power! Call now to schedule your FREE screening!
661-209-2632 for Lancaster Hypnosis Center
805-368-8353 for Thousand Oaks Hypnosis Center (and VERY soon, Ventura Hypnosis) 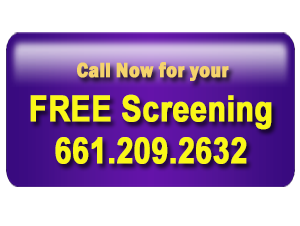